This kind gentleman (aka Best Man #1) had the pleasure of meeting Josh while at the University of Cincinnati. After much general frolicking about while out for “Baller’s Nights” Adam and Josh became roommates on Paxton Ave. After many, many late nights of rock band, Adam decided to move to NYC, which still saddens Josh […] 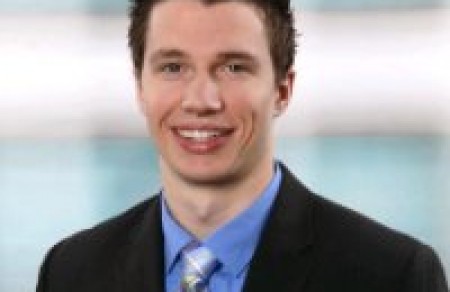 This magical gnome (Best Man #2 aka izzybear) met Josh in the mystical realm of Deathwing around 4 years ago in the elegant guild “Ale & Wenches.” They continue to pwn kids and hope to reach 2400 by the end of the year in RMP or MP (once Josh xfers back to Tichondrius). Summary: we […]

Nick met Josh during the DC++ (chat room) craze in 2003 at the University of Cincinnati.  Shortly after, they started playing soccer rather obsessively and eventually lived just 4 houses from each other. Most nights near Lowell/Morrison consisted of Krishna (nom nom), Adrioticos (zomg nom nom), WoW, Real Time with Bill Maher, Sleeper Cell, or other […]

LA and Josh met through a mutual friend (Nini) at P&G.  General discussion of world of warcraft naturally ensued and they become the best of friends. Later LA ended up living on the first floor of a 2 family home on Paxton Ave, while Josh + Adam Smieszny lived upstairs! Of course we left the […]

Eric and Josh had the pleasure of meeting during their stay at the University of Cincinnati studying Computer Science Engineering. Josh is solely responsible for not only Eric’s love of bourbon, but also for his epic win relationship with Jennie. Eric loved Josh so much he even begged him to purchase the home next door […]

Lauren and I met Raysel through LeAnthony. We became friends really fast friends. Raysel has a zest for life that no one else has and I’m sure it will add a lot of fun to the wedding party! Although Raysel moved to Boston, we still make sure to keep in touch and I am so […]

Andrew not only shares Josh’s love for computers (albeit he’s not a mac fan boy, given he works at Microsoft), but also decided to marry his sister. Andrew is also responsible for Josh’s future career choices by his sole act of installing Cyber Patrol on Josh’s computer when he was 11. It was meant to […]

Alex is Lauren’s brother. It’s been really fun watching him grow up and become more and more of an adult. Alex brings a lot of humor to the wedding party and it’s really awesome to be able to have a future brother-in-law as a groomsman! All he does is win win win

Gray is Lauren’s youngest brother. He is a funny, loving little guy who has made life brighter since his birth! We absolutely love spending time with him and watching him grow and develop such a great personality! We really look forward to seeing him grow up, and having him be a part of our day! […]